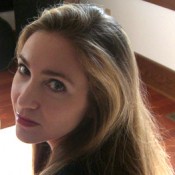 Dora Malech was born in New Haven, Connecticut, grew up in Maryland, studied at Yale, where she received a Frederick M. Clapp Poetry Writing Fellowship, and studied at the Iowa Writers’ Workshop, where she received a Truman Capote Fellowship and a Teaching-Writing Fellowship. Her other honors include a Ruth Lilly Poetry Fellowship, a Writer’s Fellowship at the Civitella Ranieri Center in Italy, fellowships and scholarships from the Bread Loaf Writers’ Conference and the Sewanee Writers’ Conference, and a Glenn Schaeffer Award. She is the author of Say So (Cleveland State University Poetry Center, 2011) and Shore Ordered Ocean (Waywiser, 2009), which was a finalist for the Anthony Hecht Prize in 2007 and 2008 and was long-listed for the Dylan Thomas Prize in 2010. Her poems have appeared in such publications as Poetry,The New Yorker, Poetry London, and Best New Poets. She served as a Distinguished Poet-in-Residence at Saint Mary’s College of California in 2010, and she has also taught writing at institutions that include Victoria University in New Zealand and the Iowa Writers’ Workshop. She is also a visual artist, and she helped found and currently directs the Iowa Youth Writing Project, a language arts outreach organization.