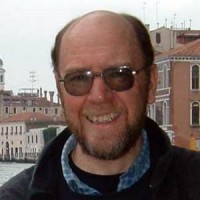 Clive Wilmer was born Harrogate in 1945, grew up in London, and was educated at King’s College, Cambridge. He now teaches English at Cambridge, where he is a Fellow of Sidney Sussex College, a Bye-Fellow of Fitzwilliam College, and an Honorary Fellow of Anglia Polytechnic University.
He has published seven books of poetry: The Dwelling-Place (Carcanet, 1977), Devotions (Carcanet, 1982), Of Earthly Paradise (Carcanet, 1992), Selected Poems (Carcanet, 1995), The Falls (Worple Press, 2000), Stigmata (Worple, 2005) and The Mystery of Things (Carcanet, 2006).
Wilmer is an authority on John Ruskin and his contemporaries, having edited Penguin Classics selections of Ruskin and William Morris and a Carcanet/Fyfield volume of Dante Gabriel Rossetti. He is also a Director of Ruskin’s charity, the Guild of St George.
Wilmer has edited essay collections by Thom Gunn and Donald Davie and, in 1985, he conceived and helped organise the Ezra Pound centenary exhibition Pound’s Artists at the Tate Gallery. With Charles Moseley he edited the anthology Cambridge Observed for Colt Books. With George Gömöri, he has translated widely from modern Hungarian poetry, notably the work of Miklós Radnóti and György Petri, and has recently been awarded the annual Pro Cultura Hungarica medal for translation by the Hungarian Ministry of Culture. An occasional broadcaster, he fronted BBC Radio 3’s Poet of the Month programmes and his interviews from that series are published as Poets Talking by Carcanet. He was a founder-editor of the magazine Numbers and is a frequent contributor to the Times Literary Supplement, PN Review and other journals.