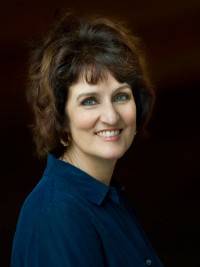 Cynthia L. Haven was born in Detroit and educated at the University of Michigan Ann Arbor , where she studied with the late Joseph Brodsky and earned two prestigious Avery Hopwood Awards for Literature. After receiving her university degree, she moved to London and worked at Vogue, Index on Censorship , and a short-lived Third-World newsweekly on Fleet Street, the World Times.
Currently, she is a literary critic at the San Francisco Chronicle and writes regularly for the Times Literary Supplement, the Washington Post Bookworld, the Los Angeles Times Book Review and the Cortland Review. Her work has also been published in Civilization , Commonweal , the Kenyon Review , and the Georgia Review. Her interview with Thom Gunn appeared in the Georgia Review, spring-summer issue, 2005 . She has been affiliated with Stanford University for many years, and is a regular contributor to its magazine.
Recipient of over a dozen literary and journalistic awards, she has written several non-fiction books. Her most publications are Joseph Brodsky: Conversations (University Press of Mississippi, Jackson, Mississippi, 2003/Adelphi Edizioni, Milan, 2005), Peter Dale in Conversation with Cynthia Haven (BTL, London, 2005), Czeslaw Milosz: Conversations (University Press of Mississippi, Jackson, Mississippi , 2006) and "Timothy Steele in Conversation with Cynthia Haven", in Three Poets in Conversation: Dick Davis, Rachel Hadas, Timothy Steele (BTL, London, 2006).