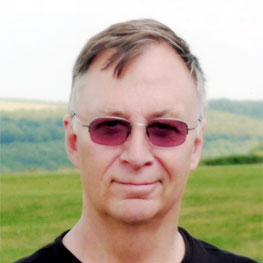 Philip Hoy was born in London in 1952, and educated at the Universities of York and Leeds. He has a Ph.D in Philosophy, a subject he taught most recently for the University of Oxford’s Department for Continuing Education. Prior to founding The Waywiser Press, he co-founded (with Peter Dale and Ian Hamilton) Between The Lines, now an imprint of Waywiser, which is devoted to publishing book-length interviews with contemporary poets.

Recent publications include Joseph Conrad on the Merchant Service’s War Effort (1918): A First Publication Discovered (The Conradian, 44:1, spring 2019), A Bountiful Harvest: The Correspondence of Anthony Hecht and William L. MacDonald (Waywiser, 2018), and “The Transatlantic Disconnect”, which is a modified version of the paper he delivered at the AWP conference in Boston, Massachusetts in March 2013, where his fellow panellists were Adam Kirsch, Eric McHenry, Mary Jo Salter and Rosanna Warren (The Warwick Review, September 2013). Previous publications include W.D. Snodgrass in Conversation with Philip Hoy (Between The Lines, London, 1998), Anthony Hecht in Conversation with Philip Hoy (Between The Lines, London, 1999, 2001), and Donald Justice in Conversation with Philip Hoy (Between The Lines, London, 2001). A fine press edition of Anthony’s Hecht’s last poems, Interior Skies, for which Hoy wrote the foreword, was published in 2011 by Liv Rockefeller and Kenneth Shure’s Two Ponds Press. An interview with Hoy concerning Between The Lines was published in The Dark Horse: “The Interviewer Interviewed: N.S Thompson talks to Philip Hoy, Editor of Between The Lines”, The Dark Horse, 15, Summer 2003: 40-46. This interview can be read on-line. A much more recent interview, concerning The Waywiser Press, has been published in Volume 42, Number 6 (Sept/Oct 2021) of the American Book Review, and can be read by clicking on the following link: Scenes: The Waywiser Press: An Interview with Philip Hoy.

Hoy’s M. Degas Steps Out, a 15,000 word, amply illustrated essay about the only bit of film footage we have of the artist Edgar Degas — an essay described by Julian Barnes as A fascinating forensic study and a scholarly tour de force — will be published by Waywiser in the autumn of 2022. And in 2023, the centenary year of the poet’s birth, a one-volume edition of Anthony Hecht’s Collected Poems, of which Hoy is the editor, will be published in the USA by Knopf.