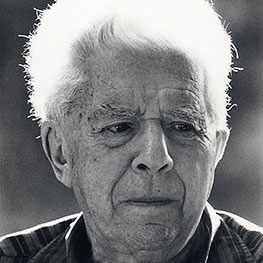 Eugenio Montale (Genoa 1896–Milan 1981) is widely considered the most important Italian poet of the twentieth century. Raised in Genoa and in the Cinque Terre town of Monterosso, Montale trained as an operatic bass in his youth but did not attend university. He served in the Italian infantry during World War I, after which he lived often in Florence and sometimes in Genoa for three decades. An essayist and translator as well as a poet, he was Director of the Gabinetto G. P. Vieusseux library in Florence from 1929 until 1938, when he lost his position due to his refusal to join the Fascist Party. Montale moved to Milan in 1948, where he was employed as a journalist, an opera and literary critic, and as a consultant to the Mondadori publishing house. In 1962, he married his long-time companion Drusilla Tanzi but was left a widower the following year. Eugenio Montale was created an Italian Senator-for-Life in 1967 and was awarded the Nobel Prize for Literature in 1975.