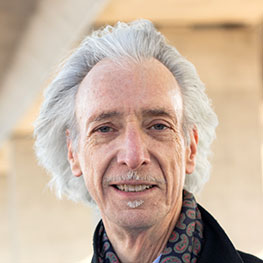 George Bradley is the author of six books of verse (most recently, A Stroll in the Rain: New & Selected Poems, 2021) and the editor of The Yale Younger Poets Anthology (1997). Among the awards which Bradley has received are the Yale Younger Poets Prize, the Witter Bynner Prize from the American Academy and Institute of Arts and Letters, the Peter I. B. Lavan Award from The Academy of American Poets, an Ingram Merrill prize, and a grant from the National Endowment for the Humanities. He has worked variously as a sommelier, an editor, and a copywriter, as well as in construction. Currently he imports and distributes a brand of olive oil from Italy (La Bontà di Fiesole). When not overseas he lives mostly in Chester, near the river of rivers in Connecticut.