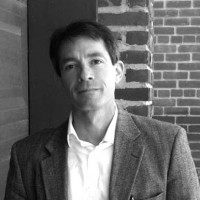 Greg Williamson grew up in Nashville, Tennessee. His first book, The Silent Partner, was published by Storyline Press and won the Nicholas Roerich Prize in 1995. His second book, Errors in the Script, was published by Overlook Press in 2001 and was runner-up for the NYC Poets’ Prize. He has received a Whiting Award, an NEA grant, and an Academy Award in Literature from the American Academy of Arts and Letters, among other honors. He teaches in The Writing Seminars at Johns Hopkins University.