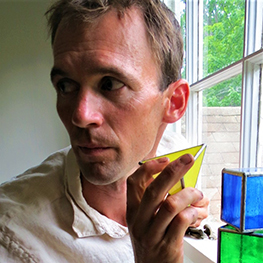 Henry Walters was born in Chicago in 1984 and grew up in Clinton, Michigan. After studying Classics at Harvard University and in Rome under the late Reginald Foster, he lived as a falconer’s apprentice in Ireland and a beekeeper’s assistant in Sicily before returning to the United States, where he has worked as a seasonal biologist, postal carrier, census-taker, gardener, carpenter, baseball coach, actor, teacher, playwright, and birding guide. His poems, translations, reviews, and essays have appeared in periodicals such as The Threepenny Review, The Yale Review, Orion, Literary Imagination, and New Letters, and his first book, Field Guide A Tempo, was a finalist for the 2016 Kate Tufts Discovery Award. He lives in New Hampshire with his young family, a hive of bees, and a hawk.