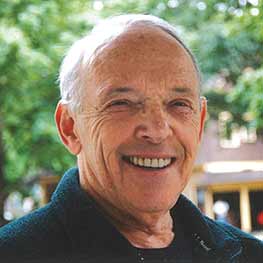 Born in Coney Island, New York in 1928 and educated at the College of the City of New York and Columbia University, Irving Feldman taught at the University of Puerto Rico, the University of Lyon and Kenyon College before his appointment to SUNY at Buffalo in 1964 – from which he retired as Distinguished Professor of English in 2004.

He has received a National Institute of Arts and Letters award and a grant from the National Endowment for the Arts as well as fellowships from the Academy of American Poets, the Guggenheim Foundation, the Ingram Merrill Foundation, and the MacArthur Foundation.