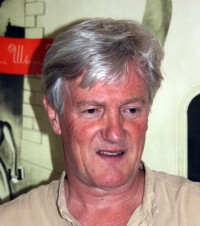 James Campbell was born in Glasgow and educated at Edinburgh Uni-versity. Between 1978 and 1982, he was the editor of the New Edinburgh Review. He is the author of several books of non-fiction, including Talking at the Gates: A Life of James Baldwin (1991); Paris Interzone: Richard Wright, Lolita, Boris Vian and Others on the Left Bank (1994); and This Is the Beat Generation (1999). In addition, he has edited the Picador Book of Blues and Jazz, and written a play, The Midnight Hour, which has been performed in the United States and France. He lives in London, where he works for the Times Literary Supplement.