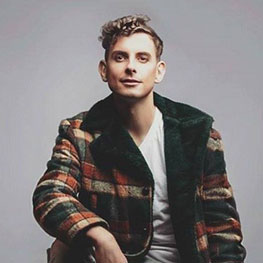 James Phillip Davis was born on a U.S. Army base in Nuremburg, Germany, in 1985 and grew up in Colorado Springs, CO. He has a BA in French from the University of Houston and an MFA in Creative Writing from the University of Florida. He has worked in marketing and instructional design for a major restaurant chain and as a high school speech-and-debate coach. His poems have appeared in two installments of the Best New Poets anthology (2011 & 2019), as well as numerous print and online journals, including American Literary Review, Copper Nickel, The Gay & Lesbian Review, and 32 Poems. When not writing, he plays tournament Scrabble and is consistently ranked among the top 100 players in North America.