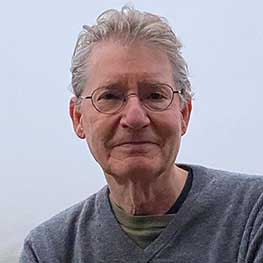 John Rosenthal was born in New York City in 1942. He received his B.A. from Wake Forest College in 1964, and an M.A. in English Literature from Columbia University in 1966. He taught English at the University of North Carolina–Chapel Hill until 1971 when he left teaching to become an essayist and a photographer. His work has been widely exhibited in the United States, including exhibitions at The National Humanities Center, The National Academy of Sciences in Washington D.C., and Boston’s Panopticon Gallery. His articles have appeared in many journals and magazines, amongst them The Sun Magazine, Five Points and The Huffington Post. In 1998 a collection of Mr. Rosenthal’s photographs, Regarding Manhattan, was published by Safe Harbor Books, and in 2015 Safe Harbor published his 2007 collection of New Orleans photographs, AFTER: The Silence of the Lower 9th Ward. In the 1990s, Mr. Rosenthal was a regular commentator on NPR’s All Things Considered.