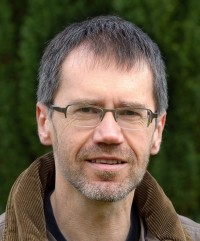 K. M. Ross was born in 1959 in Auckland, New Zealand, and grew up on the North Shore. He attended Rangitoto College, gained a Scholarship and entered the University of Auckland, where he completed a BA in languages. He went on to study for two piano performance diplomas while writing short stories and pursuing his enthusiasm for Italian motorcycles. In 1986 he travelled to Australia and Hong Kong, then overland via the Trans-Siberian Railway to Europe. He settled in Edinburgh, where he earned a living as a private music teacher while he worked on short stories and several novels. His novel Falling Through the Architect was published in 2005. He plays the bagpipes, and reads and speaks Icelandic among other languages.