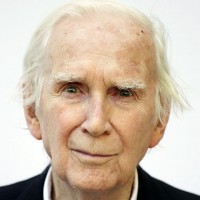 Karl Miller was born near Edinburgh in 1931, and educated at the Royal School of Edinburgh and Downing College, Cambridge. In 1979, he founded the London Review of Books, a journal he edited for many years. Earlier in his career, Miller was literary editor of the Spectator and the New Statesman, as well as editor of The Listener. From 1974 to 1992, he was Lord Northcliffe Professor of Modern English Literature at University College London. His books include Cockburn’s Millennium (Duckworth, London, 1975), Doubles (OUP, Oxford, 1985), Authors (OUP, Oxford, 1989), Rebecca’s Vest (Penguin, London, 1994), and Dark Horses (Picador, London, 1998).