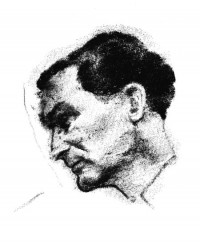 Michael Hamburger was born on 22nd March, 1924, in Berlin. The family emigrated to England in 1933 and settled eventually in London. Michael was educated at Westminster School and then won an Exhibition at Christ Church, Oxford, where he read modern languages, though his studies were interrupted by service in the Second World War from 1943 to 1947. Prodigiously, he published a translation of Hölderlin in 1943 and went on to combine the career of translator with the vocation of poet. Initially he set out as a freelance, from 1948 to 1952, after which he became assistant lecturer in German at University College, London until 1955. Having married Anne Ellen File – the poet Anne Beresford – in 1951 he began to find freelancing no longer viable. This became even more obvious when they had children – three, and now five grandchildren. Consequently Hamburger divided his time between lecturing and writing and transla-tion. From 1955 to 1964 he was first Lecturer then Reader in the University of Reading.
Subsequently Michael was obliged to split his time between America and England in a variety of appointments: Florence Purington Lecturer, Mount Holyoke College, Massachusetts for 1966-67; Visiting Professor, State University of New York, Buffalo in 1969; at Stony Brook for 1971. He was Visiting Professor at the University of South Carolina during 1973 and Regent’s Lecturer at the University of California, San Diego, 1973. Between 1975 and 1977 he was Visiting Professor at Boston University. Back in England, he became part-time lecturer at the University of Essex during 1978.
He was a Bollingen Foundation Fellow from 1959 to 1961, and from 1965 to 1966. From 1972 till 1986 he was an F.R.S.L. He received honorary degrees of D. Litt. from the University of East Anglia in 1988 and D. Phil. from Technische Universität, Berlin in 1995.
His indefatigable work in translation pioneered a greater understanding of German literature in the anglophone world during a most inauspicious century and he now has many followers and successors in the field of close mimetic translation. For such achievements he has won a number of awards, for example from: Deutsche Akademie für Sprache und Dichtung, 1964; the Arts Council, 1969; Arts Prize, Inter Nationes, Bonn, 1976. He was given the Medal of the Institute of Linguists in 1977; the Schlegel-Tieck Prize, London in 1978 and 1981; the Wilhelm-Heinse Prize medallion, Mainz in 1978; the Goethe Medal in 1986; the European Translation Prize in 1990; the Hölderlin Prize, Tübingen in 1991 and the Petrarca Prize, Modena in 1992. In this year he was also awarded an O.B.E.
Since his service with the British Army in Italy and Austria after the war and revisiting his family roots, he became an almost obsessive traveller in Europe and America. His renewed acquaintance with German language and culture led in the sixties to a poetic and psychological crisis in which he had to end a tug of war between his first and second language as a creative medium.
From about this period on, his poetry has moved from strict forms to more conversational and varied free verse, and later sequences concen-trate on developing variation form, as if from song lyric towards the free-dom of the Diabelli Variations. These mature works link three passions of his non-writing life, music, travel, gardening. – A horticultural passion of his begun in his days at Reading is the preservation of rare species of apple trees by growing them from seed.