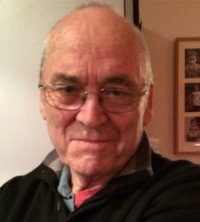 Nicholas Garland was born in London in 1935. He moved with his family to New Zealand in 1947 and lived there until 1954, when he returned to London to attend the Slade School of Art. For some years he worked as a stage manager and theatre director. Then, in 1966, he joined the Daily Telegraph as their first political cartoonist. He moved to The Independent in 1984, but in 1991 rejoined the Telegraph, where he remains to this day. As well as being a cartoonist, Garland is an accomplished painter and woodcut artist, whose work has been exhibited widely. He has also illustrated a number of a books, most recently The Coma, by his son, the novelist Alex Garland.