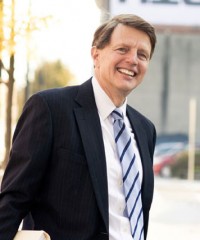 Norman Williams, who graduated from the University of Colorado in 1974, and from Yale Law School in 1979, lives and writes in Burlington, Vermont, where he works as an attorney. His first book, The Unlovely Child, was published by Alfred A. Knopf in 1985, and received enthusiastic reviews in several major U.S. publications. Anthony Hecht wrote that “The voice of these poems is marvelously modulated, low-keyed in its acceptances, modest in its exultations, steady and unintoxicated in its long vision. It is my fixed conviction that with his first book he has fashioned a landmark in our literature, and sounded a uniquely American note with beautiful certainty.”

The Unlovely Child received the I.B. Lavan Award from the American Academy of Poets in 1987. Williams has also received an Award in Literature from the American Academy and Institute of Arts and Letters, an Ingram Merrill Fellowship, and the Amy Lowell Fellowship from Harvard University. His poems have appeared in the New Yorker, Hudson Review, Kenyon Review, New Criterion, Georgia Review, and New England Review, among other publications.

In addition to his poetry, Williams has published literary criticism, book reviews, and legal articles. He has appeared before the U.S. Supreme Court in several cases, including the eponymous Williams v. Vermont. Williams is married and has two children.