Food plays a more important part in your poetry than in that of any other poet who comes to mind, except perhaps Günter Grass. Again, it’s not hard to grasp that those who underwent the privations of the War and the post-War years would have a sharpened sense of the value and meaning of food (those in my own family who went through the War had the same sense), but in your poetry you assign a heightened significance to kitchens and to the act of cooking, as if to imply a whole sociology of family and friendship as well as sheer relish. Could you expand on this?

What’s a poem but a well-prepared dish served on a plate? I love to cook and eat good food, so it is inevitable that there’d be plenty of mentions of it. Besides, isn’t eating also one of the fundamental realities of our lives? We all do it two or three times a day, and yet it’s rarely present in most literature, except, of course, in Rabelais and Cervantes and other great comic writers. Can one really trust a poet or a metaphysician who never notices the mouth, the belly and the sexual organs, who pretends we live only in the intellect or the imagination? Would Kant have been a better philosopher if he had worried about sausages as much as did about the critique of judgement? Say you’re lying sleepless and thinking great thoughts, when all of a sudden you remember that there’s one bottle of Guinness left in the refrigerator. That moment of bliss ought to be included alongside whatever lofty ideas you have.

Restaurant settings recur in your poetry. Again a biographical origin is easily traced, but I wonder if you could describe whatever metaphoric or symbolic dimension you find in the restaurant situation.

I don’t know about symbolic dimensions. I just love the sight of a solitary customer tucking the napkin in his shirt collar and putting his glasses on to see what is in the soup he has just been served. I have always written in restaurants. It’s highly recommended. They are surprised to see you doing so, think maybe you are taking notes on the food, when you are just tinkering with a poem or jotting down various ideas. In the meantime, there’s the all-absorbing spectacle of other customers eating and talking while the waiters fuss over them. People-watching is my favourite occupation and there’s no better place for that than a restaurant when one is dining alone.

Elias Canetti saw the act of eating meat as the ultimate expression of power, since it means the complete elimination of the other’s existence. What part of you, if any, assents to this understanding of eating?

That’s just too easy. A farmer loves an animal, kills it and eats with great enjoyment. So, go figure. I don’t think cuisine can be reduced to an exercise of power over the lower order of beings.

Describing your reading of Neruda, you wrote: “It’s a poetry that makes me happy. I want to go out and live life to the fullest, eat an enormous meal, drink wine with friends, stay up all night long, and then for breakfast make a big tomato salad with onions, basil, and green peppers from the garden.” It’s a more wonderful response to poetry than whole libraries of criticism. Is this Simic paradise?

It’s as close as I have ever got to one. Obviously, not all poetry has that effect. I can’t imagine having that same reaction to Dickinson or Frost, who are much greater poets, but with Neruda or Whitman it’s our senses that get roused up. You want to stuff yourself, drink, walk all night in the city, screw, sit on a Manhattan rooftop watching the sun come up and ask yourself what does it all mean and believe for a moment that you have an answer.

Those green peppers – would you yourself have been the gardener who grew them?

Sad to say, my peppers are usually inferior. I have too many rocks and trees in my yard, but I have kind neighbours who have more sunlight, better soil and are far better gardeners, who bring them to me, for which I kiss them and serve them my best wines.

In describing his requirements of students in an ideal poetry academy, Auden suggested that each should be required to tend a garden plot or care for a domestic animal. What would be your own other requirements for those students?

In addition, I’d teach them how to cook. Of course, they’d have to spend the first few years chopping garlic, onions, parsley, and washing dishes. Then I’d introduce them gradually to the mysteries of the frying pan into which a few drops of olive oil have been introduced. When they learn that grilling squid is as tricky as composing a sonnet, I’ll issue them a license to practice poetry, with my greasy thumbprint as the official seal. 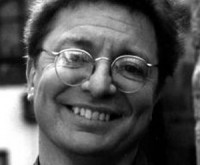 Michael Hulse was born in Stoke-on-Trent, Staffordshire in 1955, and educated locally (1966-1971) and at the University of St Andrews (1973-1977), where he took an MA in German. From the late Seventies until very recently, he lived in Germany, working as a university lecturer, and as an editor, reviewer, translator and publisher. Hulse’s poetry collections include Knowing and Forgetting (Secker and Warburg, London, 1981), Propaganda (Secker and Warburg, London 1985), and Eating Strawberries in the Necropolis (Collins Harvill, London, 1991). Empires and Holy Lands: Poems 1976-2000, appeared from Salt Publishing (Cambridge) in 2002. Amongst the fifty or more books Hulse has translated into English are J.W. Goethe’s Sorrows of Young Werther (Penguin, London, 1989), Jakob Wassermann’s Caspar Hauser (Penguin, London, 1992), Botho Strauss’s Tumult (Carcanet, Manchester/New York, 1984), and W.G. Sebald’s The Emigrants (Harvill, London/New Directions, New York, 1996), The Rings of Saturn (Harvill, London/New Directions, New York, 1998) and Vertigo (Harvill, London/New Directions, New York, 1999). Hulse teaches on the Writing Programme at the University of Warwick. 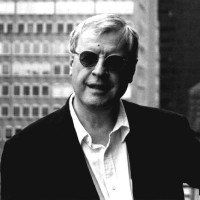 Charles Simic was born in Belgrade, Yugoslavia, on May 9th 1938, the first son of George and Helen (Matijevic) Simic. As a boy, Simic received what he quotes Jan Kott as calling “a typical East European education” – an education, that’s to say, in which “Hitler and Stalin taught us the basics.” What the basics involved is well described in the poet’s recently published memoir, A Fly in the Soup, where, amongst other things, he tells us that “[b]y the time my brother was born, and he and my mother had come home from the clinic, I was in the business of selling gunpowder. Many of us kids had stashes of ammunition, which we collected during the street fighting.” Towards the end of the war, Simic’s father fled the country, and it was to be ten years before the family would see him again. He had made his way to America, where pre-war employment by an American company (he was an engineer) had given him numerous contacts. However, his wife and children were unable to follow until 1954, the Communist authorities having denied them a passport until 1953, and the US immigration authorities having taken another year or so to process their visa application. After a year in New York, the family moved to Chicago, where Simic attended Oak Park High School, an earlier alumnus of which had been Ernest Hemingway. He graduated in 1956, but instead of going to college, like most of his peers – his parents had very little in the way of savings, but in any case seem not to have given any thought to the possibility – he found work, first as an office boy, and later as a proof-reader, at the Chicago Sun Times.

It was during this period that Simic started to write poetry. His poetic enthusiasms were various – one month a disciple of Hart Crane, the next a devotee of Walt Whitman – yet this was no mere dalliance: “I’d work at it all night, go to work half-asleep, and then drag myself to night classes.” In 1958, Simic left Chicago and went back to New York. There he continued to work by day – as parcel-packer, shirt salesman, house painter, book-seller, payroll clerk – and to study by night. He also continued to write, and after a year or more saw his first poems in print, in the Winter 1959 issue of the Chicago Review. Drafted into the army in 1961, Simic spent most of his two years’ service in Germany and France, working as a military policeman. From a literary historian’s point of view, probably the most noteworthy thing about Simic’s time in the army is that it led him to a radical reappraisal of the sort of poetry he’d been writing. Indeed, so radical was the reappraisal that he ended up destroying everything he’d written, later describing it as “no more than literary vomit”. After discharge from the army, Simic returned to the life he’d been leading in New York. In 1964, he married Helen Dubin, a fashion designer, and in 1967 he obtained his BA from New York University. A year later his first collection of poems was released by the San Francisco publisher, Kayak. The book was reviewed at some length by William Matthews, who, although he had plenty of criticisms to make, recognized the young poet’s potential: “I found What the Grass Says exciting … What I like in Simic’s poems ... is his seriousness ... [and] I am impatient to read more ...” In 1966, Simic went to work as an editorial assistant for the photography magazine, Aperture, a job he held until 1969, the year of his second collection, Somewhere Among Us a Stone Is Taking Notes, also published by Kayak. Diane Wakoski’s review of this book opened with the memorable words: “I have not yet decided whether Charles Simic is America’s greatest living Surrealist poet, a children’s writer, a religious writer, or simple-minded.” In fact, and as the rest of her review made clear, Wakoski was a lot closer to thinking Simic the country’s greatest living Surrealist than to thinking him simple-minded. Simic was just thirty-one, but was already gathering a following. The year after Somewhere Among Us a Stone Is Taking Notes was published, Simic was offered a teaching position in California State College, Hayward, and he remained there until 1973, when he was offered an associate professorship at the University of New Hampshire. He has remained at UNH to this day, though long since promoted to the position of full professor. In the thirty-six years since his first collection appeared, Simic has published more than sixty books, amongst them Charon’s Cosmology (1977), which was nominated for a National Book Award, Classic Ballroom Dances (1980), which won the University of Chicago’s Harriet Monroe Award and the Poetry Society of America’s di Castagnola Award, The World Doesn’t End: Prose Poems (1990), which won the Pulitzer Prize for Poetry (a prize for which he had been nominated on two previous occasions, in 1986 and 1987), Walking the Black Cat (1996), which was a finalist for the National Book Award, and Jackstraws (1999), which was nominated a Notable Book of the Year by the New York Times. Simic has also been honoured with two PEN Awards for his distinguished work as a translator (1970, 1980), a Guggenheim Fellowship (1972), two National Endowment for the Arts Fellowships (1974, 1979), the American Academy of Poets’ Edgar Allan Poe Award (1975), the American Academy Award (1976), a Fulbright Fellowship (1982), an Ingram Merrill Fellowship (1983), a MacArthur Fellowship (1984), an Academy of American Poets’ Fellowship (1998), and the University of New Hampshire’s Lindberg Award “for his achievements as both an outstanding scholar and teacher in the College of Liberal Arts” (2002). In 2000, he was appointed a Chancellor of the Academy of American Poets, and a little earlier this year he was also elected a Fellow of the American Academy of Arts and Sciences. Simic and his wife – who have a son and daughter – live in Strafford, New Hampshire.
0