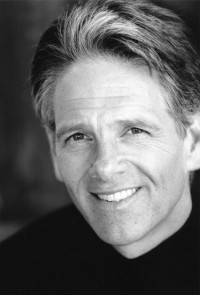 Timothy Steele was born in 1948 in Burlington, Vermont. He was educated at the local public, or state, schools from which he moved on to Stanford University. He received his PhD from Brandeis where that rigorous teacher and poet J. V. Cunningham became a powerful influence on his own development as a poet. He was appointed a Wallace Stegner Fellow and Jones Lecturer in Poetry at Stanford before moving in 1977 to Los Angeles, where he now serves as a professor of English at the city’s California State University campus. He has won many awards and honours, amongst them: a Guggenheim Fellowship; a Peter I. B. Lavan Younger Poets Award from the Academy of American Poets; the Los Angeles PEN Center’s Award for Poetry, and a Commonwealth Club of California Medal for Poetry.
He has been mistakenly associated, even identified by some, with the ‘New Formalists’, but his interest in, advocacy and use of traditional form began much earlier than the stirrings of that amorphous grouping. His own talents in this direction were probably influenced and encouraged early on by the powerful practice of Cunningham and the ghostly ambience of Yvor Winters. Steele’s proclivity has always been to use the full expressive resources of traditional metre; his characteristic registers usually hover round the plain style found, for example, in Ben Jonson’s lyric and epigrammatic verse. Steele would subscribe to the Wintersian idea of the importance of intelligence in the making of accessible verse, reason holding the reins of emotion. Yet his work does not feel as constricted as Winters often sounds since there is also an underlying influence from Frost which can ease the rhythmic and emotional advance of a poem of Steele’s. In Uncertainties and Rest (Baton Rouge, Louisiana, 1979), and Sapphics against Anger (New York, 1986), there is a passion and wit delivered with an underlying authority and control in dealing with Vermont landscapes and Californian scenes. But, unlike so many contemporaries, Steele is not averse to dealing more abstractly with topics such as culture, faith and friendship. Also included in these books are some nicely judged love poems, not to mention epigrams of lapidary power, the form favoured by his old mentor J. V. Cunningham. The Color Wheel (Baltimore, Maryland), carrying much of the same conviction, appeared in 1994. A selected poems, Sapphics and Uncertainties: Poems 1970-1986, appeared from The University of Arkansas Press, Fayetteville, in 1995. His most recent collection is Toward the Winter Solstice (Athens, Ohio, 2006), which prompted Booklist’s Ray Olson to describe him as ‘so technically adroit that he could write about anything and produce a poem repeatedly rewarding for music and shapeliness alone, and subject matter be damned.’
Steele’s prose criticism has had considerable influence, particularly in America, not least on the previously mentioned, so-called New Formalists. Missing Measures: Modern Poetry and the Revolt against Meter (Fayetteville, Arkansas/London, 1990), is a scholarly work which closely argues the case for the traditional approach to metrics and form. Wilbur wrote of it: ‘If it has not the slam-bang simplicity of polemic it has something better: it is patiently evidential and well-nigh incontestable.’
Missing Measures was followed by another prose work, All the Fun’s in How You Say a Thing: An Explanation of Meter and Versification (Athens OH, 1999), designed to explain metrics in detail for those now brought up without that once traditional knowledge. Steele has also edited The Music of His History: Poems for Charles Gullans on His Sixtieth Birthday (Florence, Kentucky, 1989) and, with introduction and commentary, The Poems of J. V. Cunningham (Athens, Ohio, 1997).