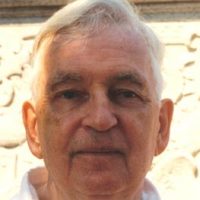 William L. MacDonald was born in 1921, and taught at Wheaton College and Yale University before joining Smith College in 1965, where he stayed for the remainder of his career. In 1974, he was appointed Alice Pratt Brown Professor of Art. His publications include: Early Christian and Byzantine Architecture (1962); The Architecture of the Roman Empire (1965); Northampton, Massachusetts: Architecture & Buildings (1975); The Pantheon: Design, Meaning, and Progeny )1976); and Hadrian’s Villa and its Legacy (with John Pinto) (1995). In 1986, The Architecture of the Roman Empire was re-issued by Yale University Press and has since become the standard text for undergraduate courses in the field. That same year, MacDonald’s book was awarded the Alice Davis Hitchcock Book Award by the Society of Architectural Historians, for “the most distinguished work of scholarship in the history of architecture published by a North American scholar.” He died in 2010.