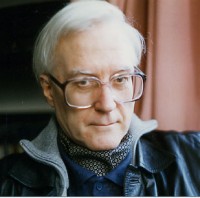 Peter Dale was born in Surrey in 1938, and educated at Strode’s School, Egham, and St Peter’s College, Oxford. For twenty-one years he was head of the English department of Hinchley Wood School, Esher, and concurrently an editor of the poetry quarterly Agenda. Well-known for his verse-translations of Villon, Corbière, Laforgue, and Valéry, he has also published a terza-rima version of Dante’s Divine Comedy. His most recent publications are Diffractions: New & Collected Poems (Anvil, 2012) and Aquatints: New Poems, 2012-2015 (Minilith, 2015).