I asked some moments ago what connection you see between the conciseness of your poems and their preoccupation with pain. You initially seemed to dismiss the query, saying, in effect, oh that’s just the way it worked out; some were longer poems broken into two because they weren’t well glued together. But you didn’t leave it at that, which was just as well, in view of what you went on to say. Now I have a related question. In the poems you don’t disguise or fictionalise the people you are speaking about, but you do speak of them very cryptically. Your poems are intensely private and confessional, if that’s the word, and yet at the same time they are written as if to deny readers access to direct knowledge of the donnée or actual ‘situation’ giving rise to the poem.

Yes, I wouldn’t want readers to have that kind of access to it. There is a reticence at work in the poems. I am expressing very private emotions as if to another person, but I have no right to make that person’s real-life suffering public, as it would be if the factual background to the poem were to be published. I am creating the dramatic illusion of speaking as if to that one person alone. That’s very different, say, from printing one’s letters to that person. There is a difference between giving voice to moments of intensity which have a sort of general interest or application and airing in public things which are essentially confidences. So the individual becomes blurred, as in most love poetry. The addressee is non-specific, the reader doesn’t need to know much about the person, even though the poem is framed as if addressed to her. You might know she is called Julia or something, but you don’t know a lot more than that. You probably know less about the relationship in most love poems than you would in a poem by me – a poem that tells you something about the basis of the relationship, the most intense point of the relationship. But my poems are also about something else. They are poems about loss, about transience, disappointed hopes, if you like, about protectiveness, the wish to alter something that cannot be altered, they’re about the conditions of an entire life experienced in this local and precise way. So yes, a lot disappears of the confidential detail. I don’t think it would be right to have such detail in a poem anyway. You might in a prose narrative give the person a different name, use lots of details about them, and that might not seem improper. But that doesn’t seem to me to be what poems ought to be doing. They ought to deal with the intense, climactic point of a drama, to the essence of the feeling it evokes. They should invite the reader to eavesdrop, you might say.

So this kind of poetry you were writing could only take the form of a direct address by the poet to another person?

Virtually all of them do. Either somebody is dead, or somebody is mad, and can’t make sense of what you are saying.

But, after all, if you think of John Donne, or Shakespeare in the sonnets for that matter, there’s plenty of direct address; but you don’t get a sense of the reader as eavesdropper.

I think you do.

You do? I think of them more as staged affairs. Which doesn’t necessarily diminish their intensity.

Well, they were writing in the literary conventions of their time. I wanted to create the illusion of privacy, of an overheard thing. What one likes, or what I like in poems, is the feeling that I am overhearing, even though I know that I am not.

Donne is often stagey, in a contrived sense; Shakespeare much less so – certainly in the most compelling of the Sonnets.

Yes, Donne is tricky and ingenious and he’s enjoying his ingenuity. But in Shakespeare you get a sense of a much more troubled spirit.

And so of a much greater degree both of inward communion with himself and at the same time of engagement with the other person.

Absolutely. Something is at stake there. And has to be spoken of.

In order to maintain such a combination of intensity and privateness – and at the same time to produce a public utterance – do you perhaps not need a recognised form, a given form, which you recreate on the page? You didn’t have such a form. I don’t know of anybody who writes quite as you do. Some people began to write as you did afterwards, but there was, so to speak, no ready-made form or garment for you to adopt. It may be that for the mode of private-public communion you were seeking you needed the sonnet, say, you needed strict Donne-like stanzas. Do you see where I’m –

I don’t think you need that for the poem to work, whatever ‘work’ means. Poems are always parts of other people’s poems to some extent. There will be echoes, even if they may be suppressed, if they may have been almost eliminated. In my work there may be bits of Frost, bits of Hardy, bits of eavesdropped-on intensity from other poets. But to produce anything worthwhile you have to have your own voice, which does things which only you can do to whatever bits and pieces are floating around in your head – until there the poem is, there it sits. The question of printing it or pushing it as a finished artefact which you are proud to be the maker of is problematical, and I’ve always been nervous about that. For example, reading poems aloud has always been a problem for me because I find my poems quite upsetting to read. And I don’t want people to see me upset. Except I did write the poems and I then printed them.

You are responsible for them.

Exactly. I find reading them aloud unseemly and embarrassing. I try to avoid it, have tried to avoid it. I still do; if anything it gets harder and harder.

I’ve heard you read just once. In the Poetry Society. It was very effective but I could see quite plainly you were not enjoying it.

No, it was hellish. I remember the occasion.

One of the reasons why you wrote the poems is that these situations mattered to you so much you couldn’t bear to leave them unexpressed. Which means passing them on to others.

I sometimes wish I’d have been a different sort of poet. I wish it hadn’t worked out in the way that it has: that the poems I’ve produced happened to be the only things I could do. I’ve certainly tried other things, many exercises, and I’ve tried to write sonnets and tried to write quatrains. I could do all of that quite fluently but I never thought it was poetry. I thought of it as verse. It had no power of the kind that made me respond to poetry in the first place.

You mentioned Hardy a moment ago. If it is true that poets can use public forms, ready-made garments, without necessarily diminishing the individuality or ‘personality’ of the poems they write, it occurs to me that even as you read some of Hardy’s most elaborate and tormented poems you constantly get the feeling that they could be sung.

Well, I would make that claim for some of my own work. There are a lot of internal rhymings I am very keen on; and I can hear them as a kind of song sometimes, at least the early ones. Yes, that is something that holds the poems together or makes them different, makes them permissible: you’ve written a song. And I’ve always liked the idea of writing a song, though I have no musical gift. But having a musical gift in language is essential to any poetic performance. And that’s quite true of Hardy and some at least of the poems I’ve written. Or so I would contend. 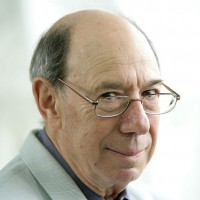 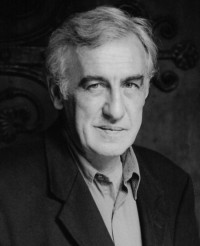 Ian Hamilton, one of the founding editors of Between The Lines, died on December 27, 2001.