Your latest long poem, Girls on the Run, is based on the eccentric, often quite disturbing pictures of Henry Darger. He’s another artist whose works are very much ‘home-made’. The pure products of America go crazy! What appealed to you about his peculiar saga of the Vivian Girls? I don’t know exactly. I first saw his work in a museum in Lausanne, when I went to the university there to give a reading. I suppose it rang some distant chime because the little girls looked like the little girls I had crushes on when I was six or seven years old. The illustrations he used are all from that era. And it reminded me of the illustrated children’s books I had when I was very young. I don’t really like to think about the more gruesome aspects of his work. I guess that should be left to the Chapman brothers. Absolutely. Also, I was always fascinated by girls’ and women’s dresses; I liked them to have lots of pattern and ornament. When I was growing up, it was the era of Shirley Temple, and little girls tried to dress like her; they always had a row of smocking going across the top of the dress, which I found very attractive. I remember not liking women wearing solid-coloured dresses. My grandfather took me to his university once and introduced me to a secretary, who was wearing a rather ordinary frock. I complained to her, ‘You’re wearing a plain dress,’ meaning all one colour. ‘Well, yes, I suppose I am, laddie,’ she said, ‘now, run along.’ Wakefulness, which came out in 1998, includes a cento, “The Dong with the Luminous Nose”. Most of the lines come from nineteenth-century British poets – Hopkins, Tennyson, Coleridge, Edward Lear, Wordsworth, Arnold, Kipling, Keats, Housman, Blake, etc. I keep forgetting where they all come from. I guess that poem’s a sort of tribute to the period when I used to read nineteenth-century poetry with a sense of awe that great poets could write great poems. I seem to remember you once told an interviewer that you think of yourself as ‘John’ and of the voice of your poems as ‘Ashbery’. Could you explain the difference? I don’t remember ever telling an interviewer that, though I don’t doubt that I said it, since it’s exactly the sort of stupid thing one says in interviews, this one being no exception. How does a poem begin, and end, for you these days? I mean, is there anything in particular that prompts you to start – or urges you to stop? How does a poem begin, and end, for me these days? Well, very much as it always has. A few words will filter in over the transom, as they say in publishing, and I’ll grab them and start trying to put them together. This causes something to happen to some other words that I hadn’t been thinking of which may well take over the poem to the point of excluding the original ones. What prompts me to start is a vague feeling that I ought to write a poem, and what ‘urges’ (rather too strong a word) me to stop is a sudden feeling that it would be pointless to continue. I’ve often described this as a kind of timer that goes off to tell me the poem is done and I must remove it from the oven. If I try to go on and write some more, it turns out to be a fiasco – ‘flatter than a bride’s soufflé’, as I insensitively put it many years ago in my play, The Compromise. Your recent books in particular are extremely diverse in terms of the forms they use: the pantoum of “Hotel Lautréamont”, the rhyming quatrains of “Tuesday Evening”, the Robert Walser-style prose poems. Is there a form you’d like to try your hand at, but haven’t so far? Well, you know I tried recently to write several villanelles, but I don’t think any of them worked out. There was one I was maybe going to use in a collection, but then I finally axed it. I was rereading William Empson’s poetry, which I like a lot, and of course he wrote several very successful villanelles. ‘They bled an old dog dry ...’ 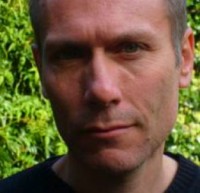 Mark Ford was born in Nairobi, Kenya, in 1962. He went to school in London, and attended Oxford and Harvard Universities. He wrote his doctorate at Oxford University on the poetry of John Ashbery, and has published widely on nineteenth- and twentieth-century American writing. From 1991-1993 he was Visiting Lecturer at Kyoto University in Japan. He currently teaches in the English Department at University College London, where he is a Senior Lecturer.      Ford has published two collections of poetry, Landlocked (Chatto & Windus, 1992;1998) and Soft Sift (Faber & Faber, 2001/Harcourt Brace, 2003), and has also written a critical biography of the French poet, playwright and novelist, Raymond Roussel, Raymond Roussel and the Republic of Dreams (Faber & Faber, 2000/Cornell University Press, 2001). A Driftwood Altar, a collection of his essays and reviews, was published by The Waywiser Press in 2005.      He is a regular contributor to the Times Literary Supplement, the London Review of Books and the New York Review of Books, amongst other journals. 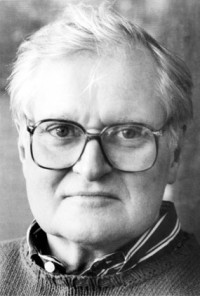 John Lawrence Ashbery was born in Rochester, New York, on July 28th 1927, the first son of Chester Frederick (a farmer) and Helen Ashbery (a biology teacher). He went to school in Rochester and in his home town of Sodus, and at the age of sixteen was sent as a boarder to Deerfield Academy in Massachusetts. After graduating from there, in 1945, he entered Harvard University, where he studied English. Ashbery had been writing poetry since his schooldays, and while at Deerfield had even had two of his poems accepted by the prestigious magazine, Poetry. Two years after he went to college he submitted work to The Harvard Advocate, the recently revived undergraduate magazine, whose editors were Robert Bly, Donald Hall and Kenneth Koch. The poems were quickly published, and just a few months later their author found himself installed as the fourth member of the magazine’s editorial board. According to Hall, he rapidly became the Advocate’s leading light.