— US & UK publication of Stephen Kampa’s Articulate as Rain.

Mike White’s Addendum to a Miracle, which won the 12th Anthony Hecht Poetry Prize, was one of three finalists for the 15 Bytes Book Award for Poetry. The judges’ citation for his collection reads as follows: The poems in Mike White’s Addendum to a Miracle explore complex notions of fatherhood, patriarchy, violence, and self with an understated yet sharp gaze. That gaze delineates thresholds of dark and light — the body pressing its “weight/ against the big revolving door,/tumbling into the sunny afternoon,/mildly stunned that it’s there.” Several of White’s poems are haikus or similar in their spareness that hides what is unspoken. The words create silhouettes on a page and lines range from ethereal to corporeal, from “in the shadows/of the ferris wheel/bright hints of deer” to “my son insists/I am a father/and he is a brown bear./It goes this way./He gets hungry/and by and by/I am chosen.” The poems’ images often rest on the cusp of invisibility and apparition. The endings of the poems are not static, but instead leave the reader at the entrance of an open door. Yet what do final lines open into? Both the existentialism of “white space” (a pun?) and “God’s/good eye/waiting out the rain.” These images that seem opposite give keys to reading the poems–presence and absence coinciding on a tightrope. For more information about the award, please go to 15 Bytes Award for Poetry

The awards ceremony, at which Mr White, his fellow finalist, and the eventual winner, will read from their collections, will be held at 19:00 on October 17th 2018 at The Printed Garden, 9445 S Union Sq, Ste A, Sandy, Utah 84070. Full details of the event can be found by going to The Printed Garden 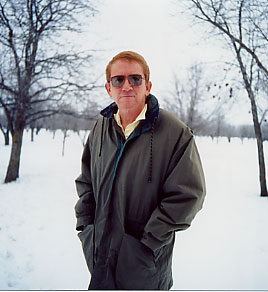 The December 1st deadline for the thirteenth Anthony Hecht Poetry Prize has now passed, and the judging process is underway. The contest’s results will be posted on the press’s website – at The Waywiser Press – in March 2018.

This portal will re-open for submissions to the next Anthony Hecht Poetry Prize in August 2018. 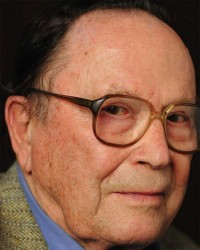 It was with great sadness that we learned of Richard Wilbur’s death, at the age of 96,  on Saturday 14th October.

Waywiser’s association with Mr Wilbur began when he agreed to be featured in our Between The Lines series of book-length interviews with contemporary poets, the resulting volume, Richard Wilbur in Conversation with Peter Dale, being published in the summer of 2000. After that, we were honoured to become his principal UK publisher, bringing out paperback editions of Mayflies in 2004, Collected Poems: 1943 – 2004 in 2005, and his last collection, Anterooms, in 2011.

As one of the finest American poets of his generation, a superb essayist, and a truly delightful man, he will be greatly missed. Our condolences go to Mr Wilbur’s family and his many friends.

— Publication of Cody Walker’s The Trumpiad.

There is still time to apply, and please click for further information.